A herbaceous border is at the heart of most grand gardens. In theory, if you want your borders to look continuously beautiful from May to October, you need skill, space and a team of professional gardeners. And lots of plants, so a big budget would help.

But Frances and Paul Moskovits’s stunning long border in their 125ft garden shows that a brilliant border can be achieved by amateur gardeners in middle-sized gardens.

Paul and Frances Moskovits’ long herbaceous border. It looks good from May to October.

The Middlesized Garden blog is usually about saving time, money or effort. I like to find the easy way to do things if I can.

But sometimes you want a garden that stops people in their tracks. When you round the corner in the Moskovits’s garden and see their long border, you say ‘wow.’

Yet you don’t need to be a professional gardener to create that ‘wow’ factor. Their garden is a good size for today – 125ft long x 65ft wide – but that’s still a ‘small garden’. And, like Frances, you can save money on plants by propagating and growing from seed.

Frances loves propagating plants and she also grows a lot from seed. A border like this is tightly packed with plants, so you can save money by propagating or sowing from seed.

But you do need to spend time and effort.

I think it’s important to be honest about this. As Frances says: ‘A herbaceous border like this takes a lot of time, a lot of patience and a lot of manure.’

So you have a choice. You can have an easy perennial border or you can have a stunning herbaceous border with a long season of interest. The latter will be more work. But if you love gardening, that’s not necessarily a problem.

Frances has learned a lot from her border over the years, so she shared her tips with us. ‘It’s taken years of practice, trying out plants and most importantly, getting a lot of inspiration from other gardens.’

And although I don’t think it’s in my nature to achieve that level of perfection in my borders, I thought these tips were useful for borders in any garden. I shall definitely be trying them.

What is a herbaceous border?

It’s a mixed border of plants. Most don’t have woody stems. Roses and shrubs – which do have woody stems – can also be found in a herbaceous border, but most of the plants will be annuals or perennials. Some die back in the winter and go underground.

The term ‘herbaceous border’ has come to mean a carefully planned, long border, which is often the showpiece of the garden.

One of the most famous herbaceous borders is the Long Border at Great Dixter, although it also has a few shrubs and roses in it (plants with woody stems!).  Frances says that Great Dixter is her main inspiration and that she visits several times a year. ‘When we get home, we’re just inspired.’

‘For me, the secret is to put plenty of plants in the border, so there’s no weeding.’

Tightly packed plants mean that Paul and Frances rarely have to weed this border.

Neither Paul nor Frances have any formal horticultural qualifications, but Frances says they have learned a lot from running their local horticultural society, the Painters Forstal Garden Club.

‘I’ve been  very fortunate to meet other experienced gardeners through the PF gardeners‘  club and other clubs over the years who have shared knowledge, experience and plants. ‘ She also had a senior botanist neighbour, Lionel Clark, who ‘took me under his wing.’

The Painters Forstal Garden Club has had some brilliant speakers. I interviewed Adam Frost on garden design when he spoke there, and it’s been a very popular post.

Learning about plants has enabled Frances to combine exotic specimens like banana palms with lilies and cosmos.

Be really heavy handed with the manure

‘The most important thing is to use compost and manure of all types,’ says Frances. ‘We get a mix of compost. We get well rotted cow manure from a friendly farmer. That takes quite a bit of work because we have to drive out there and take all our bags. We use organic horse manure that’s been steam treated, and mushroom compost.’

She lays her manure/compost at least a foot thick and up to two feet thick on the border. One really heavy bag of manure goes on one phlox plant. She barely spreads it out and the plant grows through it.

‘I’ll do two applications of manure – one in the autumn and one in the spring.’ During the winter, the birds flatten it out as do the worms. ‘There are probably great big lumps of compost in there still, but you can’t see them because the border is so densely planted.

By the time you get to spring, the compost will have morphed into the soil, so you won’t see where it is, but don’t worry about that. Just pile on more.

Frances says you can never be sure which plants will make it through the winter. So she propagates from many of the plants.

‘For example, I’ve had a bergamot in for a couple of years, and everyone says it’s a short lived perennial. So I’ll take several cuttings from it. Then in spring I’ll pop a couple of them in, near where the original bergamot is. So if it doesn’t come through, there are back-up plants.

She plants close to each other. ‘I don’t leave the spaces between plants that are recommended on labels.’

Frances is able to plant very closely. The huge amounts of manure and compost, plus extra feeding when necessary, mean that plants can flourish even in such close quarters.

Play a border as if it were a musical instrument…

‘Don’t be nervous. If a plant starts to get a bit thuggish or to dominate the colour scheme too much, you can always chop it back a bit and then the other plants will grow up more around it. It’s a bit like a Chelsea chop, but not quite a Chelsea chop.

You can play with a border as if it were a musical instrument. Put lots of plants in, if it starts to look a bit unbalanced, cut some back to allow other plants to shine. Then the first plant will grow up again later.’

Play a border as if it were a musical instrument, reducing the volume of a plant if it gets too loud…

Then staking is very important in a herbaceous border…

‘I’ve learned from experience’, says Frances, ‘that you really need to stake plants as early in the season as you can. So some of our stakes stay in all year round.

She uses a range of stakes ‘really good wrought iron types, which are rusty so they disappear into the border. They last for years and are very, very strong.’

‘Don’t buy thin stakes because they bend. And this year, I’ve started using hazel stakes. I put in so many stakes – you wouldn’t believe how many.  But it’s never enough. This year has been particularly windy.’

Start dead heading early on, advises Frances. We were talking in July and she had already been dead heading for at least a month.’

She dead heads two or three times a day.

Frances and Paul wanted the border to look particularly good in July, because of the NGS opening. ‘So I planted some annuals out very early, risking that they might die if there was a late frost,’ she says. ‘But because I propagate and sow from seed, I’ve always got plants in reserve.’

Frances always has lots of plants in reserve because she propagates and sows from seed.

Give plants a bit of a boost…

Although there is masses of nourishment in the soil from the twice-yearly manure, Frances feeds certain plants with an extra boost of a seaweed based organic plant feed. She gives it half strength, however.

Cannas are particularly hungry plants, as are roses, and Frances also feeds her Salvia ‘Black and Blue’.  Because I dead head so frequently, I’m very aware of how the plants are. ‘If you study them, and you love your plants, you’ll know which ones need a little extra.’

A tightly packed herbaceous border also needs a lot of water. Frances and Paul live in South East England, which is often dry. One very good tip, she says, is to water your plants before it rains. ‘If rain is forecast, do some watering.’

‘And if it has rained, don’t automatically think your border will have had enough water,’ she warns. ‘Plants may still need more.’

What about the colours in a herbaceous border?

‘If you want a full, long border,’ says Frances, ‘try not to worry too much about having a colour scheme. If you live in a stately home with lots of space in the garden, you can afford to have colour themed borders.

‘I used to try to colour co-ordinate the border, but I’ve learned that if you want a spectacularly beautiful border in a garden this size, then you can’t worry too much about the colour scheme.’

Just shove everything in. If you have healthy plants that are well fed and well looked after, then you’ll have flowers and colour for a long time. Frances and Paul’s border starts with the bulbs in spring, and the herbaceous perennials start to emerge in May. Then it carries on looking good until October.

Don’t worry too much about colour schemes, says Frances.

And the lawn matters too…

If you want the full impact of a stunning herbaceous border, you also have to pay attention to the lawn. ‘This border wouldn’t look as good if the lawn wasn’t in good condition. It is green, neatly mown and edged, with stripes.

‘We’ve had years when the border was as good as this, but the lawn wasn’t. And the border still looked lovely, but it didn’t look spectacular.’

This interview has been a revelation to me. I know that my style of gardening is too relaxed for me to achieve this kind of a packed, colourful border. But I shall certainly be feeding, dead heading and watering more than I did in the past.

The border will look much more spectacular if you have a smart lawn with neat edges.

See more of the garden in video

You can see more of the garden and hear Frances talk about her tips in this video:

And do join us for tips, ideas and inspiration for your garden. Follow by email and we’ll pop into your inbox every Sunday morning.

All About The Warmth And Welcoming Personalized Residence Inside Doorways 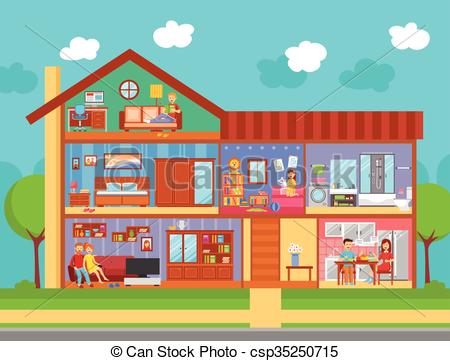